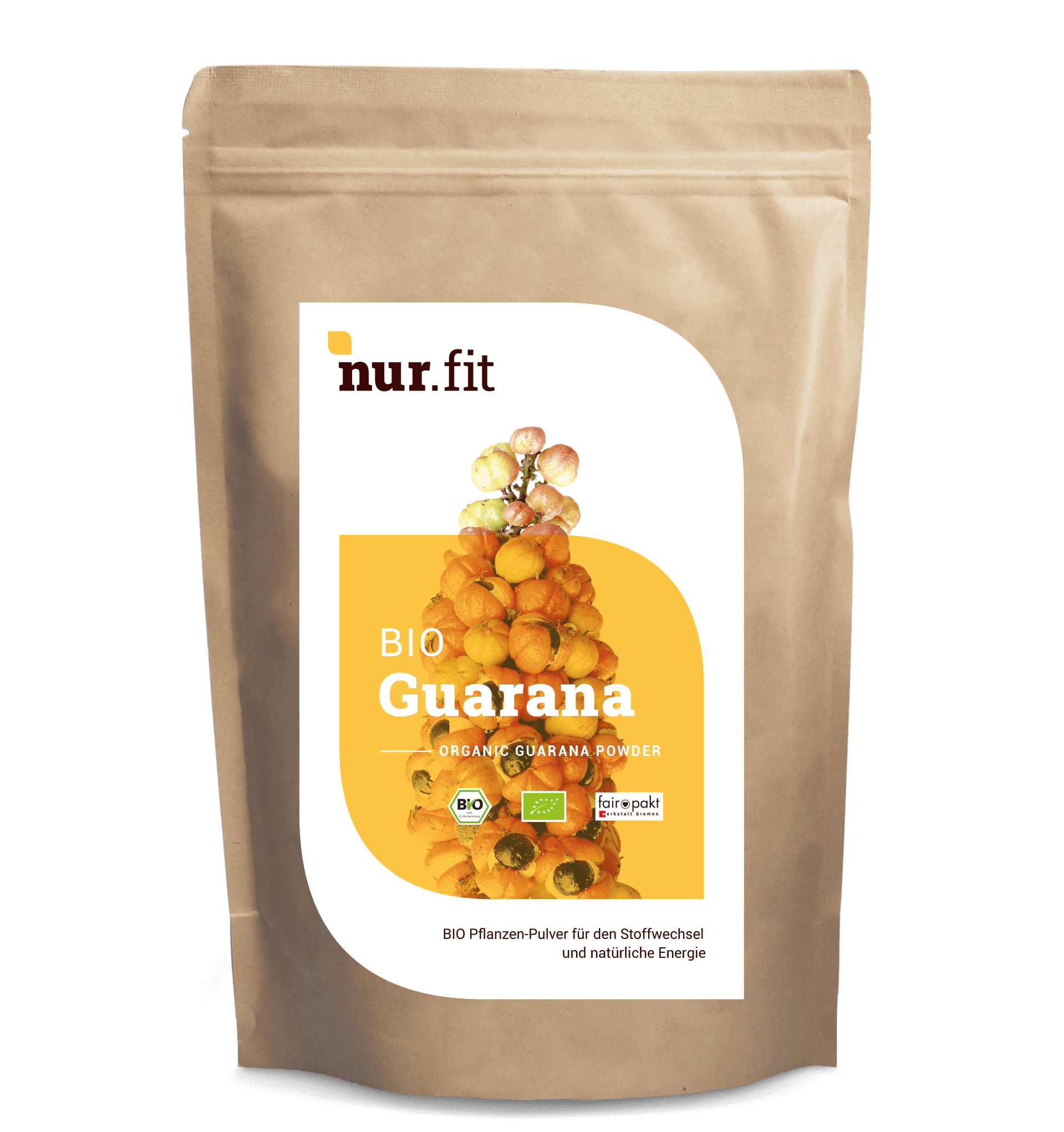 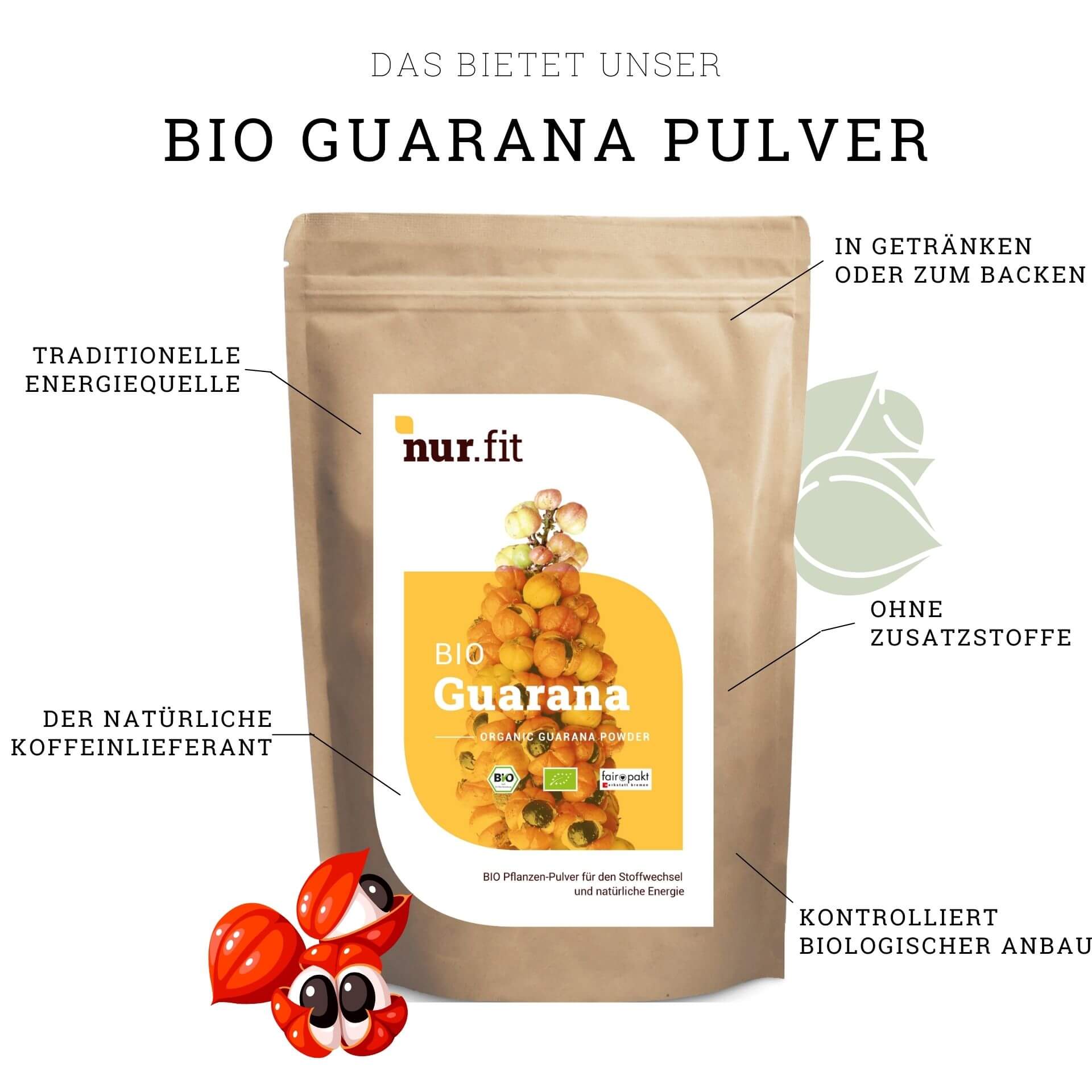 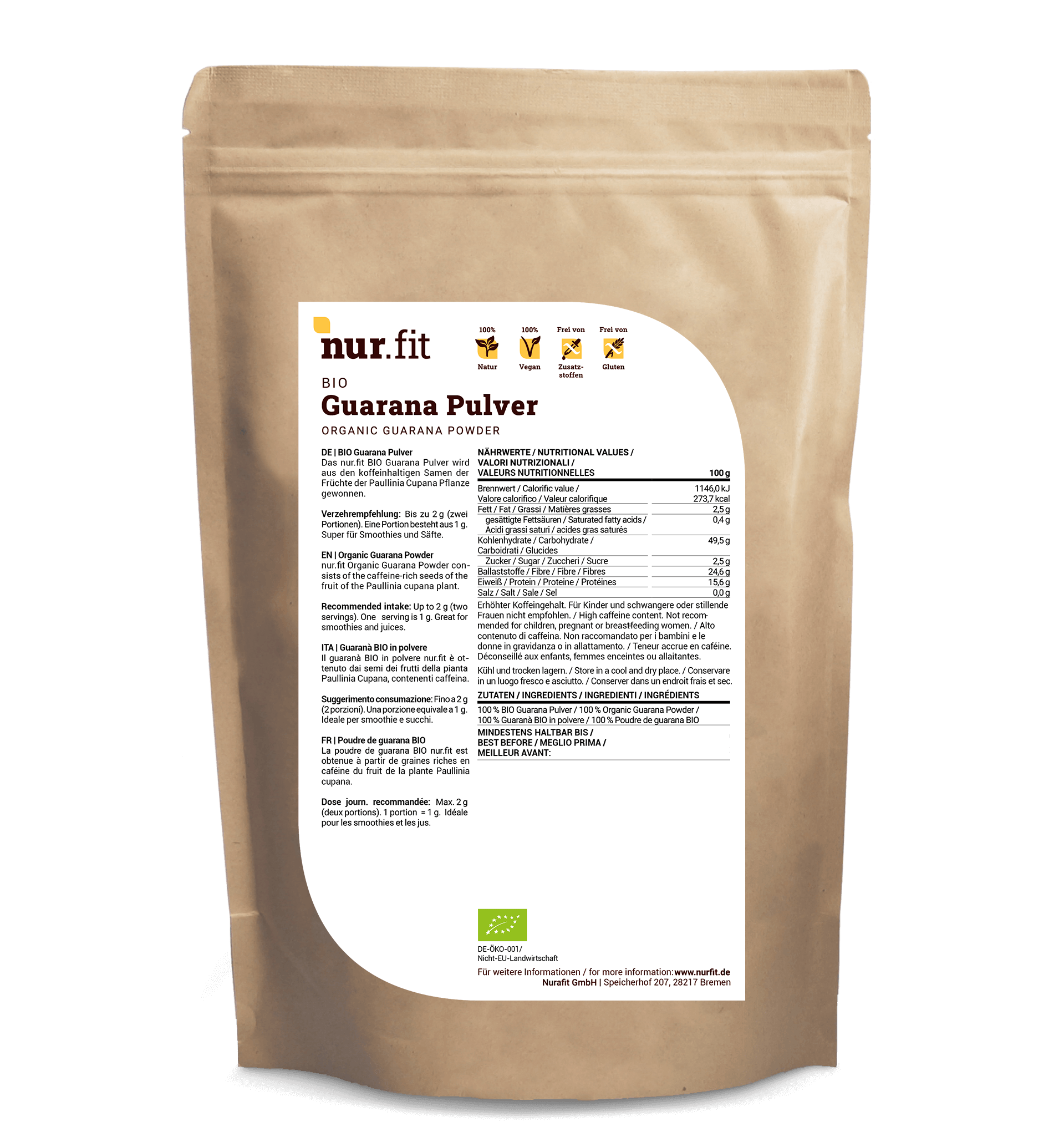 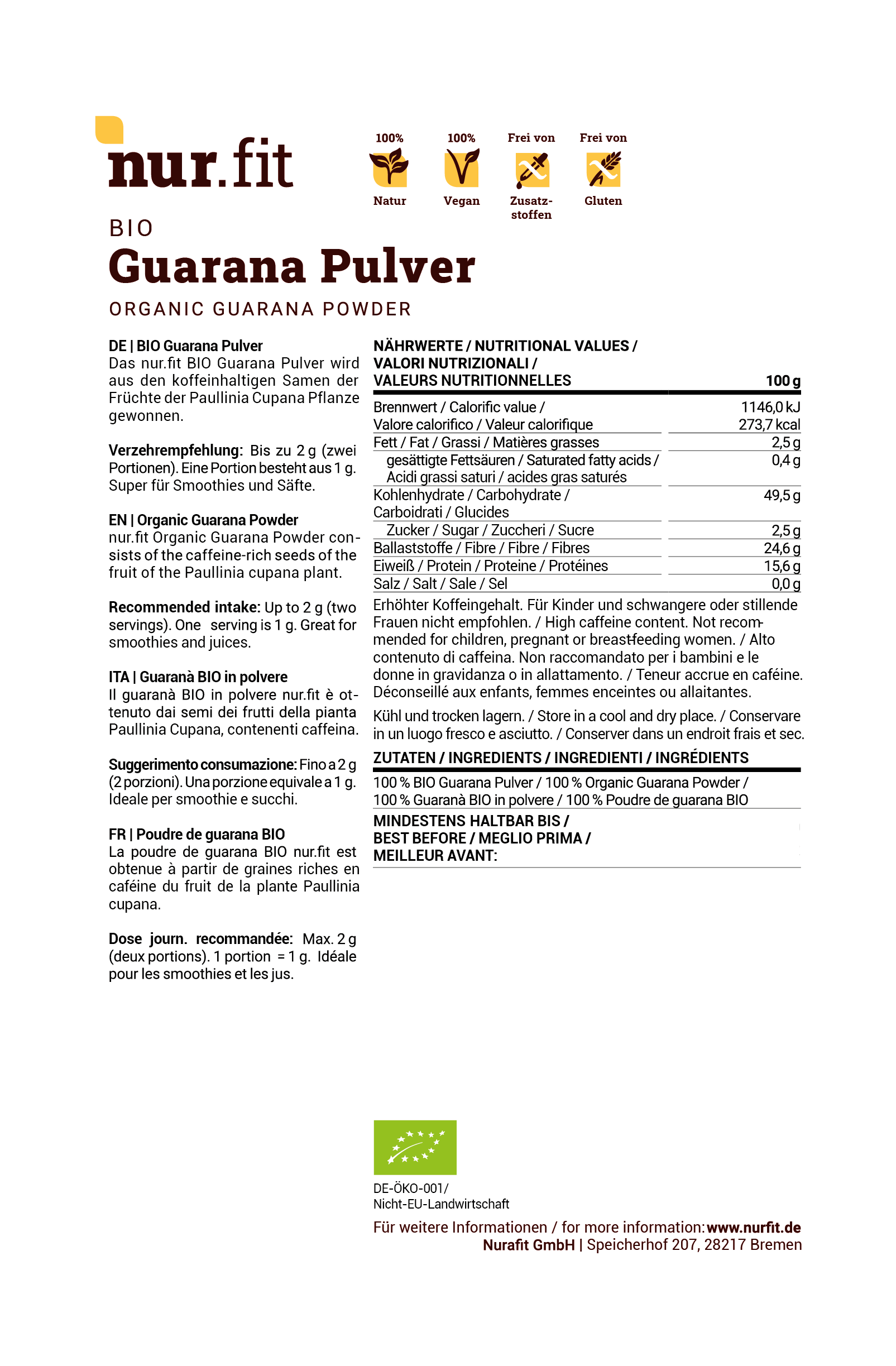 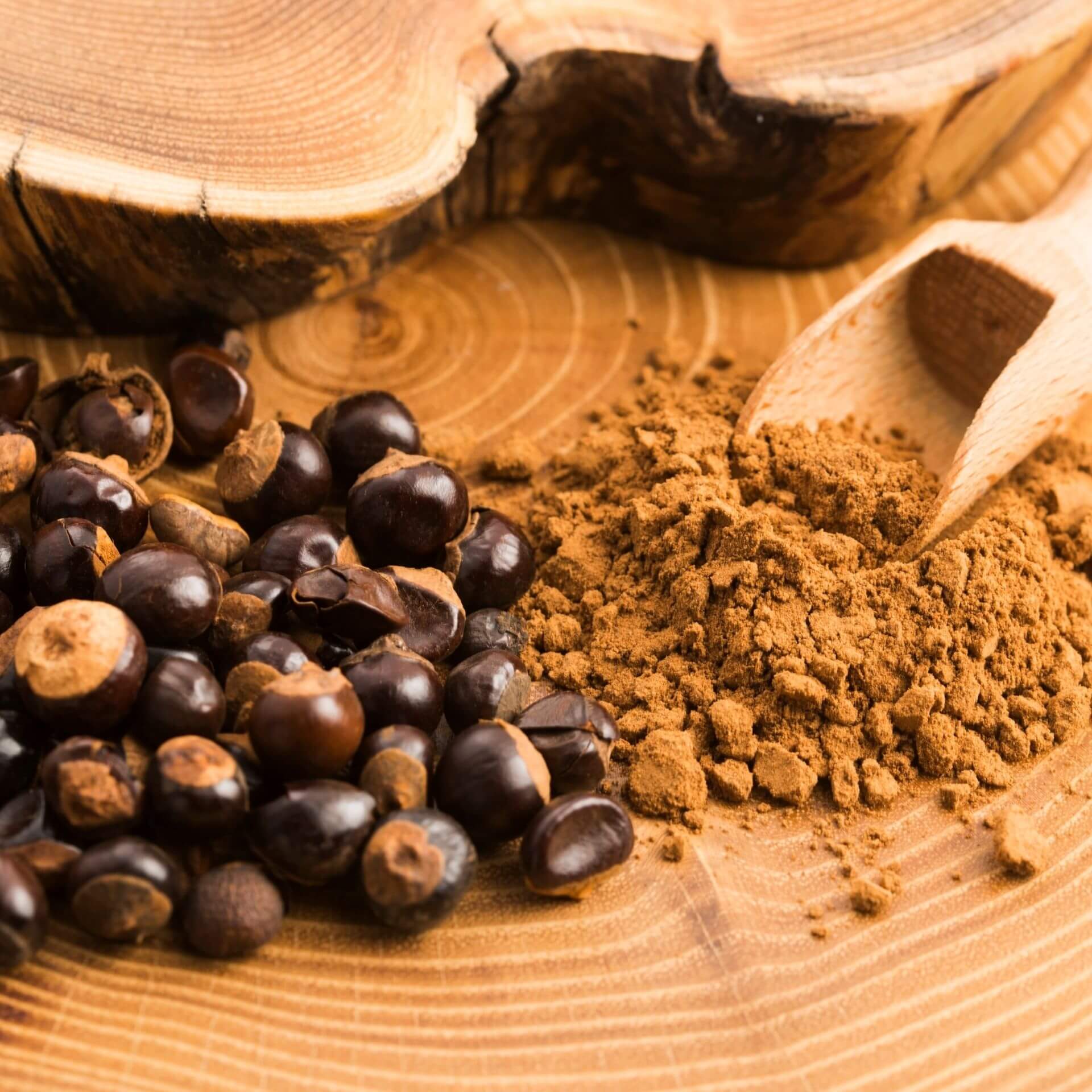 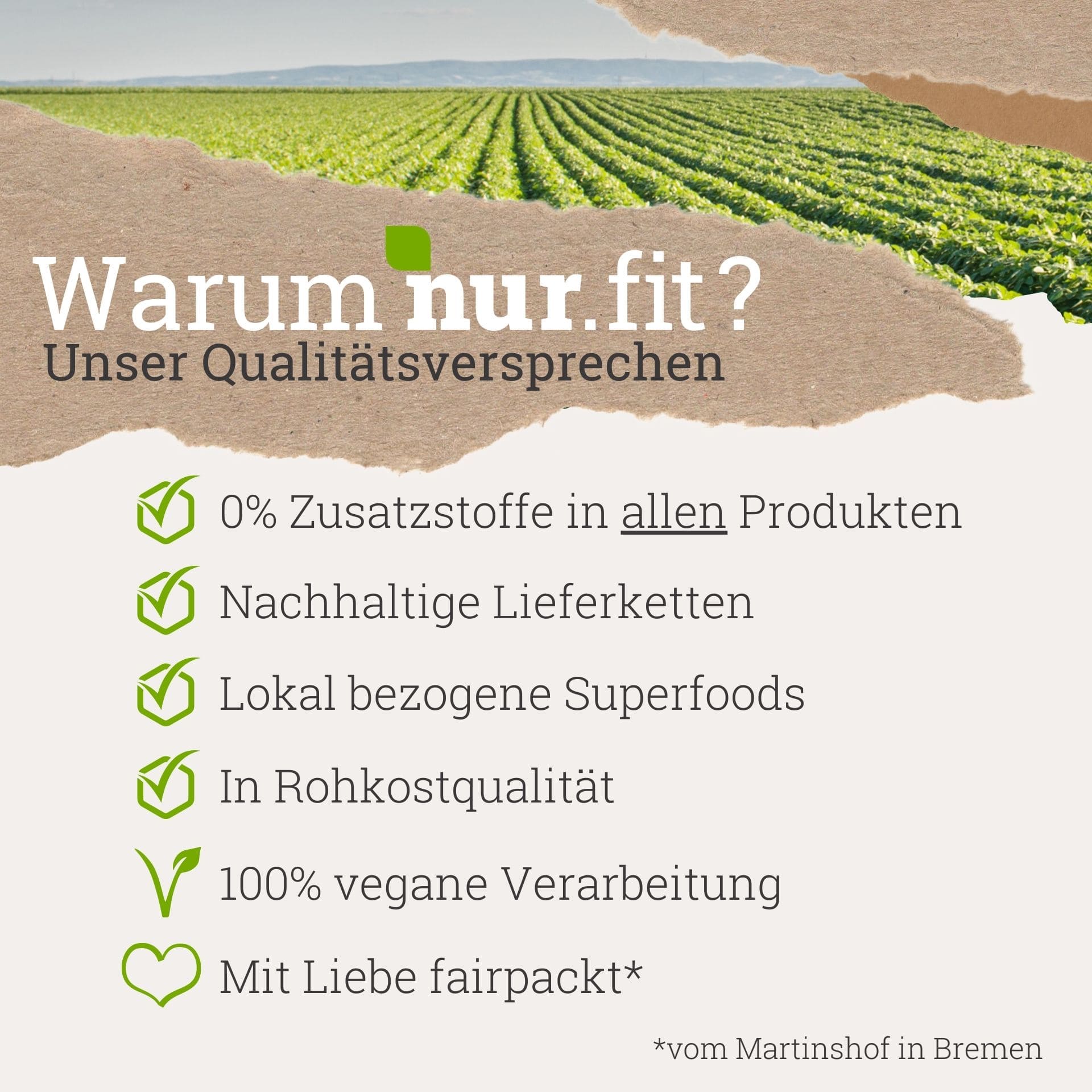 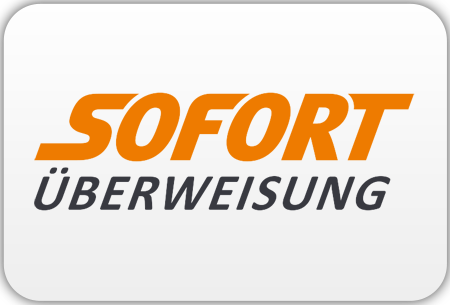 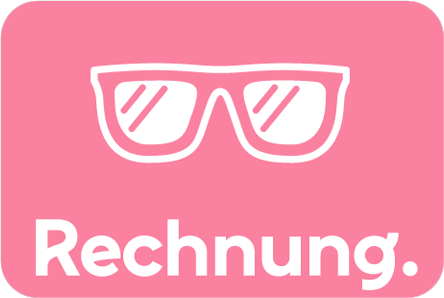 Organic Guarana Powder - the natural caffeine for your mental and physical performance enhancement!

Organic Guarana Powder as a delicious alternative to coffee

Guarana is a traditional coffee alternative. Originating in South America, the powder's invigorating effects trump its competitors like coffee, cola and energy drinks. Even mate tea, which was previously considered a hip caffeine kick, is eclipsed by the pick-me-up from the Amazon. The pick-me-up drink thus convinces all along the line with its invigorating and stimulating effect and is very well tolerated despite its high caffeine content.

The origin of Guarana Powder

For many centuries, the Indians in the Amazon region have been exploiting the effects of guarana. The awakening powder is obtained from ground guarana seeds. These are dried in traditional clay ovens and then peeled. This gentle process ensures that the nutrients are retained. The seeds can then be ground and prepared with boiling water to make something similar to coffee. The stimulating effect of guarana powder is also often added to conventional foods such as chocolates, tea or energy drinks, as it tastes very bitter on its own. The active ingredients in guarana powder, theobromine and theophylline, are considered to be wakefulness stimulants and provide the stimulating effect of the powder.

What distinguishes guarana from coffee and energy drink?

The effect of caffeine in coffee lasts less long. So quickly after consumption, fatigue returns and the next coffee is needed. The well-known "low" thus occurs. Energy drinks, which are known to contain a lot of sugar, also trigger this effect. The sugar causes the blood sugar level to rise rapidly before it drops again just as quickly. It is different with guarana powder and its caffeine content. Its caffeine content is between 2 and 7.5 percent, which is four times higher than that of coffee. Guarana seeds thus have the highest known caffeine content. However, unlike coffee or espresso, this caffeine is bound to dietary fiber, which means that it develops its effect slowly and evenly over several hours. This results in a continuous release of caffeine into the blood and a long-lasting effect. This occurs about 45 minutes after you have taken your Guarana drink. Only after about five hours the body has broken down most of the caffeine. Furthermore, guarana powder has the advantage that it is considered particularly stomach-friendly.

The caffeine contained in the powder is, as already mentioned, a long-lasting stimulant. Even more, the guarana extract is said to improve cognitive performance while reducing mental fatigue. Likewise, there is a possible link between regular consumption of guarana and a reduced risk of metabolic disease. As you can see, there are super many benefits of the South African powder. However, you should not exceed the recommended daily dose of 4 grams maximum. The powder can be easily incorporated into your daily routine and consumed in the form of delicious lemonade, mixed with milk or orange juice. The alternative to coffee with a long-lasting effect: give it a try.

To enjoy the natural stimulant, the BIO Guarana powder can be mixed into the morning orange juice, sprinkled over cereal, stirred into smoothies or mixed with BIO cocoa powder and plant milk.

BIO plant powder for metabolism and natural energy. Not recommended for children and pregnant or nursing women due to increased caffeine content.

What do our customers say?

How much caffeine is in guarana?
Our organic guarana powder contains between 1.9% and 5% caffeine. This value varies because it is a natural product. In 100 ml of coffee you can find about 50 mg of caffeine, for guarana this corresponds to about one gram.
What does natural caffeine in guarana mean?
Caffeine can be produced synthetically. In organic guarana, however, it is contained as a natural plant substance. In addition, the caffeine is bound to tannins, which means that it is not released abruptly, but provides long-lasting energy.
What are the side effects of guarana powder?
Anyone who consumes large amounts of coffee or other caffeinated products already knows the possible side effects. Guarana in excess can also cause heart palpitations, high blood pressure and nervousness. Also, don't take it too late in the day, as it can affect the quality of your sleep. Therefore, it should be taken in normal amounts.
Can I lose weight with the help of Guarana powder?
Due to the caffeine it contains, you are full of energy! Maybe this is the necessary motivation for more exercise in everyday life. This way you can increase your calorie consumption and support your weight loss process. Nevertheless, the most important thing to lose weight is a calorie deficit.
How fast and how long does Guarana powder last?
The caffeine in organic guarana is bound to tannins and is released slowly. The effect occurs after about 45 minutes and can last up to six hours. Due to the slow and long-lasting effect, however, the typical energy drop known from coffee is missing.
What is Guarana powder and how does it work?
Guarana powder is obtained from the seeds of the guarana plant. These are fermented, dried and gently ground. Its main effect is due to the caffeine, which makes you awake for a long time.
Buy Guarana: Capsules, tablets or powder?
Whether you consume guarana as capsules, tablets or powder does not matter. However, many capsules and tablets contain additives and are disproportionately expensive. The powder is easy to use in smoothies, cereals or shakes and you can dose it yourself.

QUICK AND EASY TO PREPARE 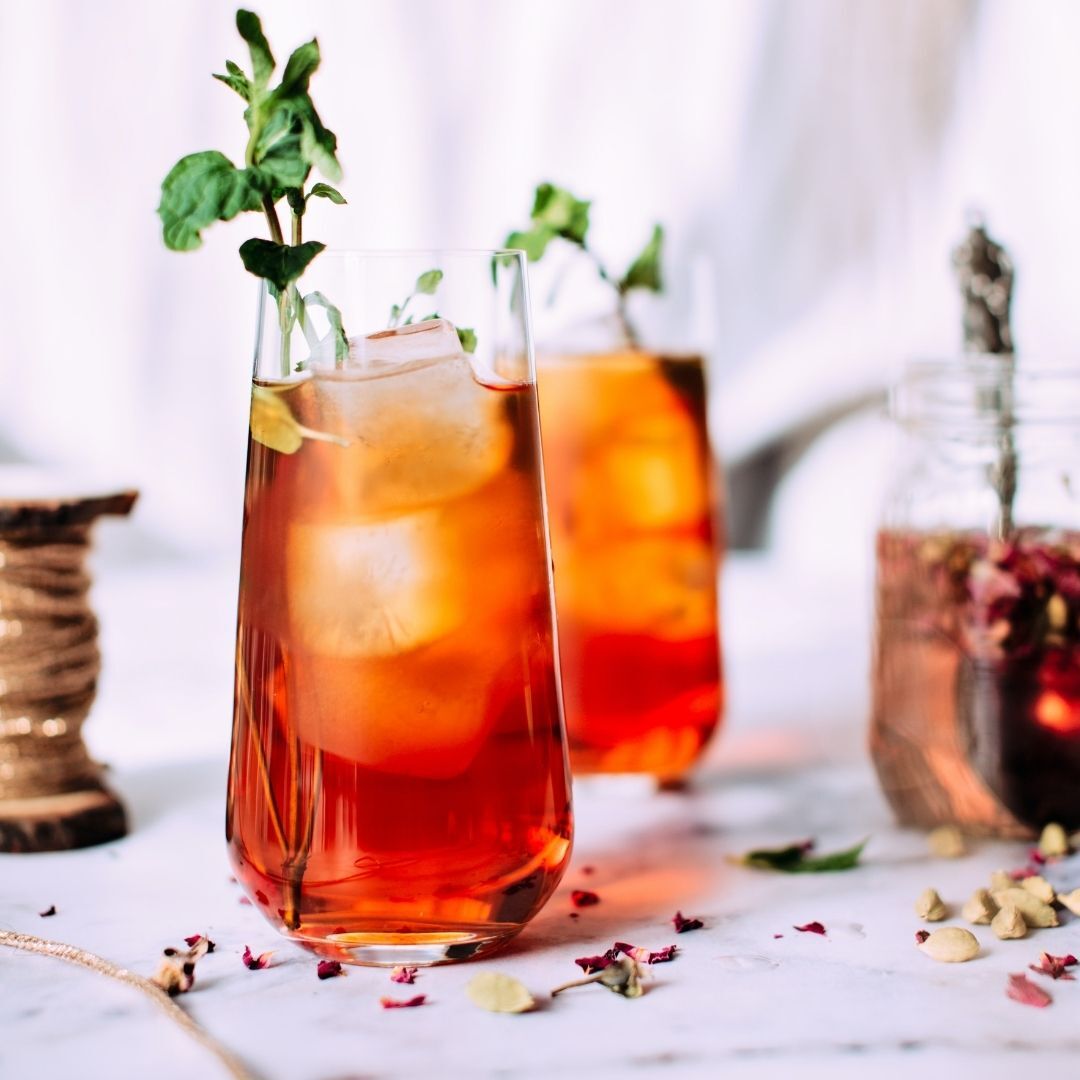 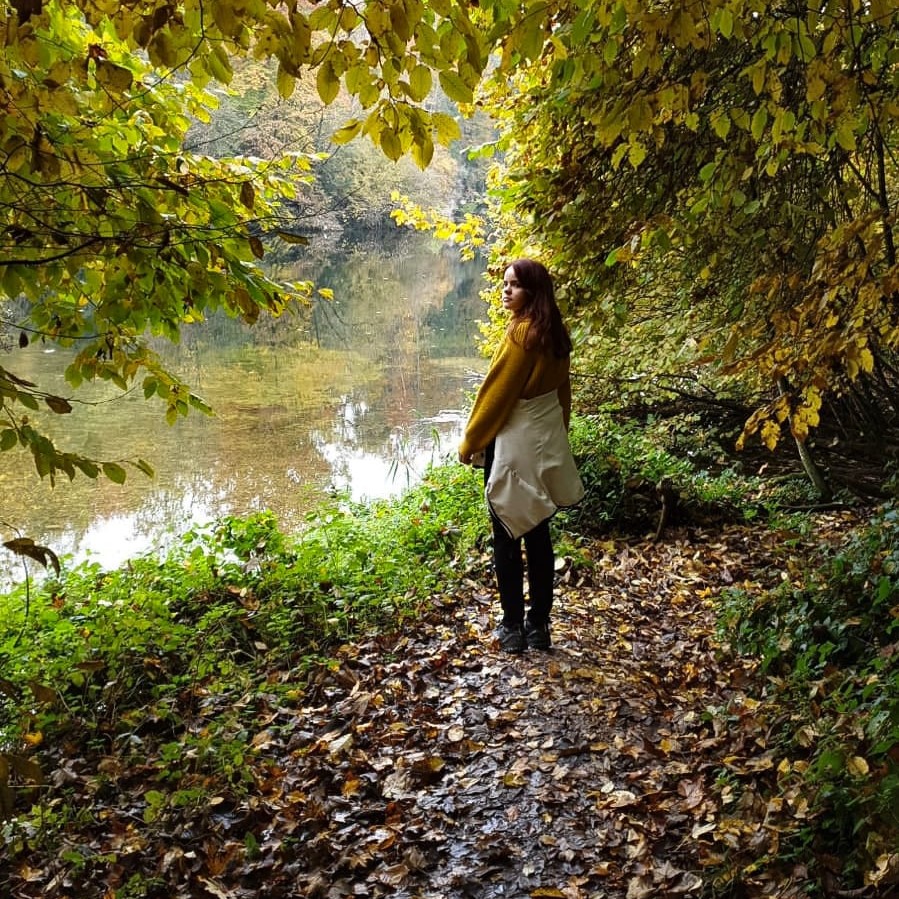 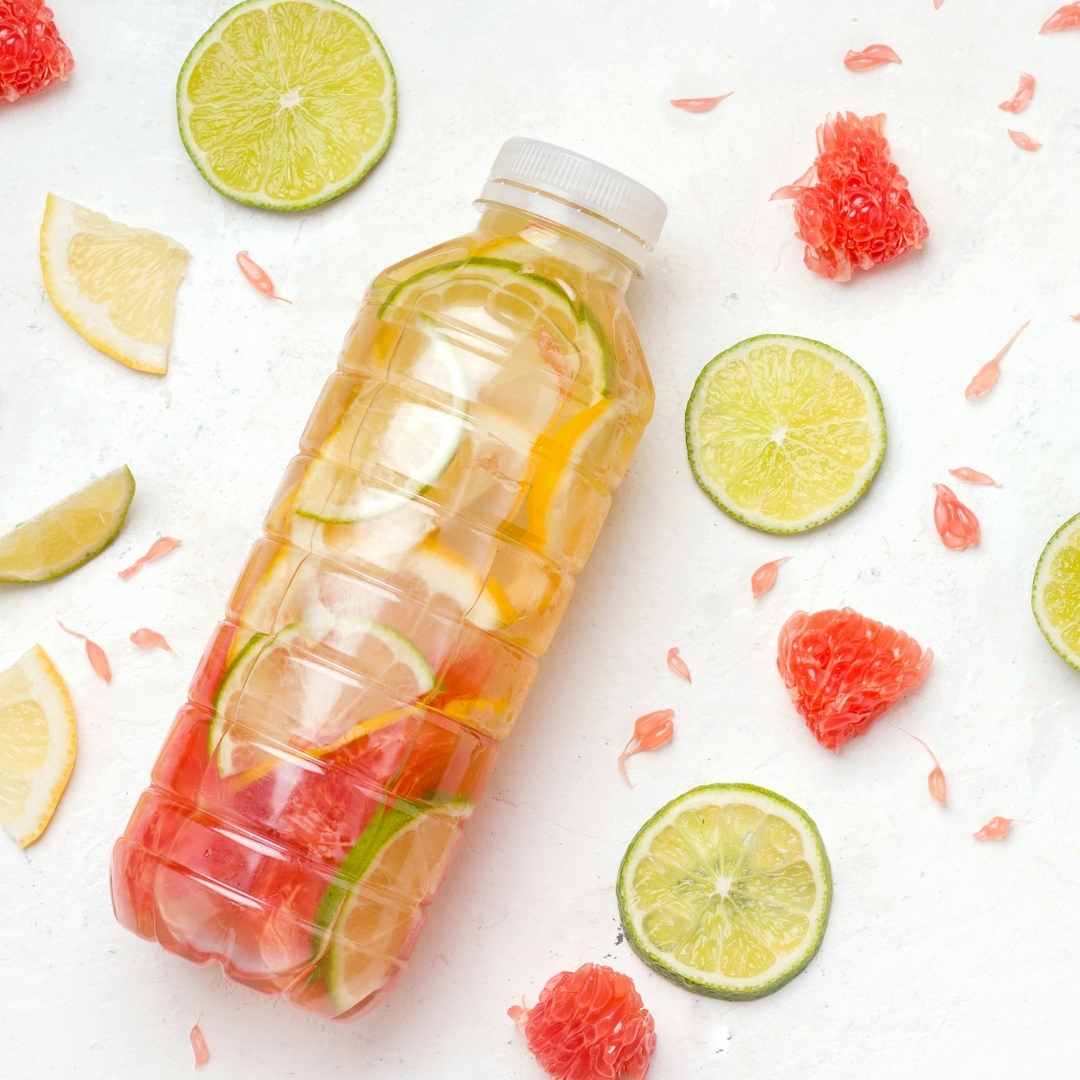 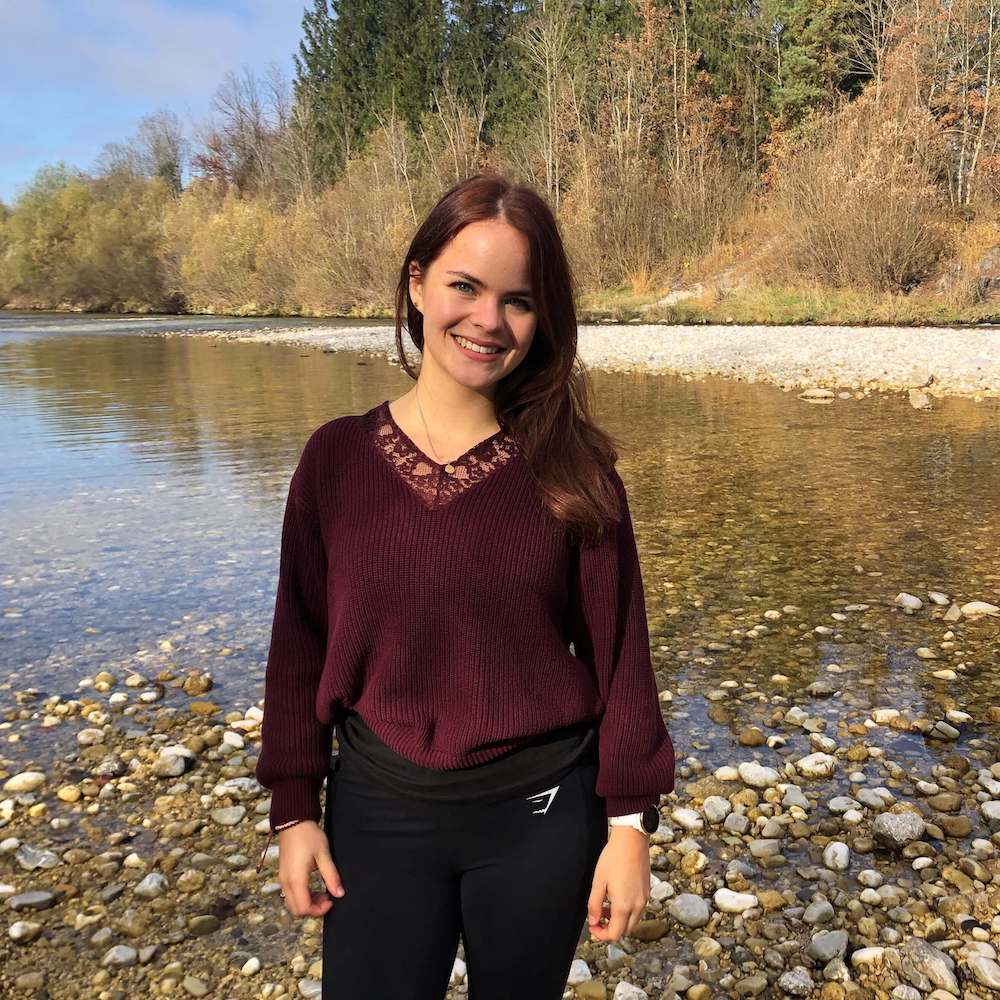 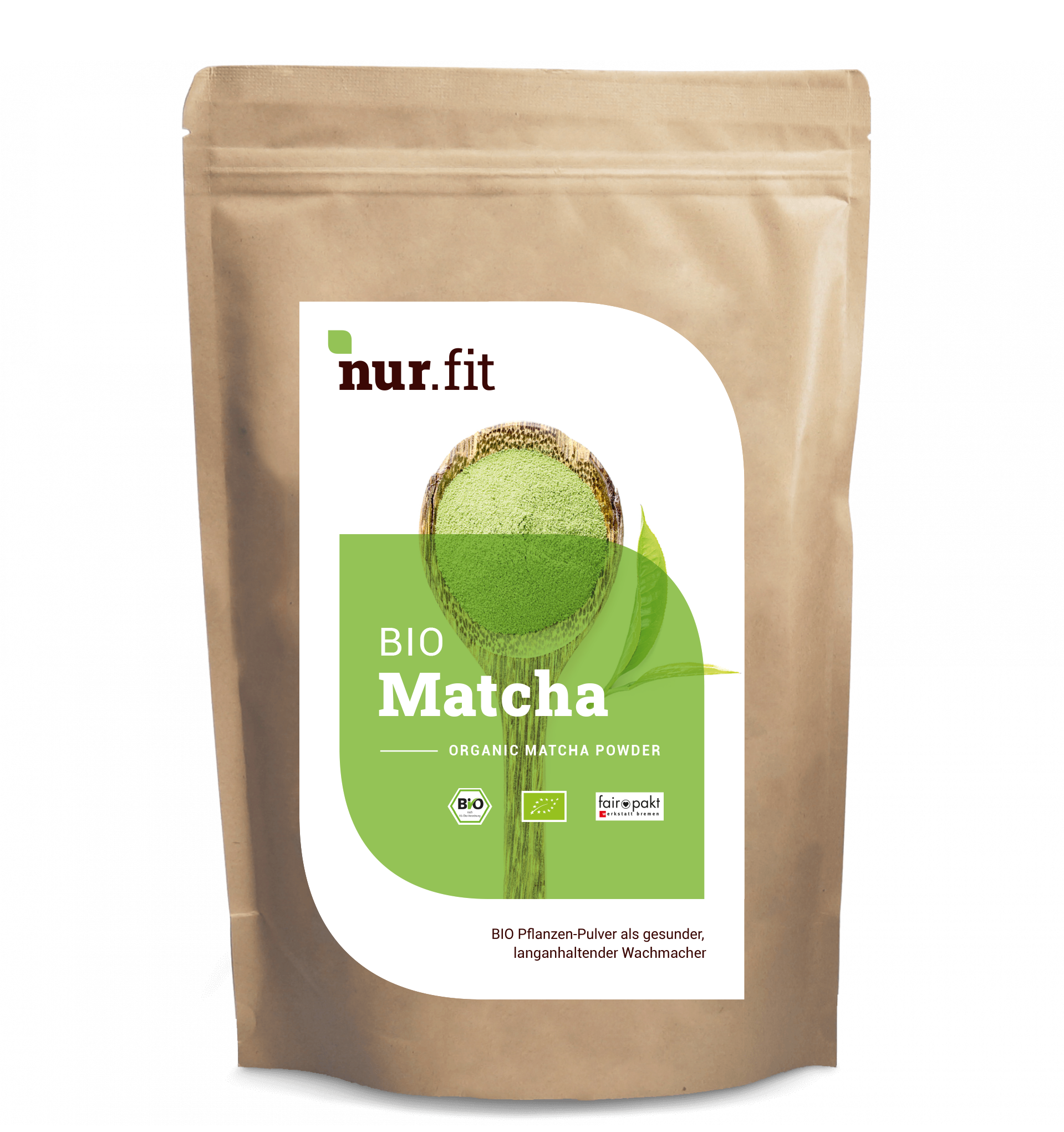 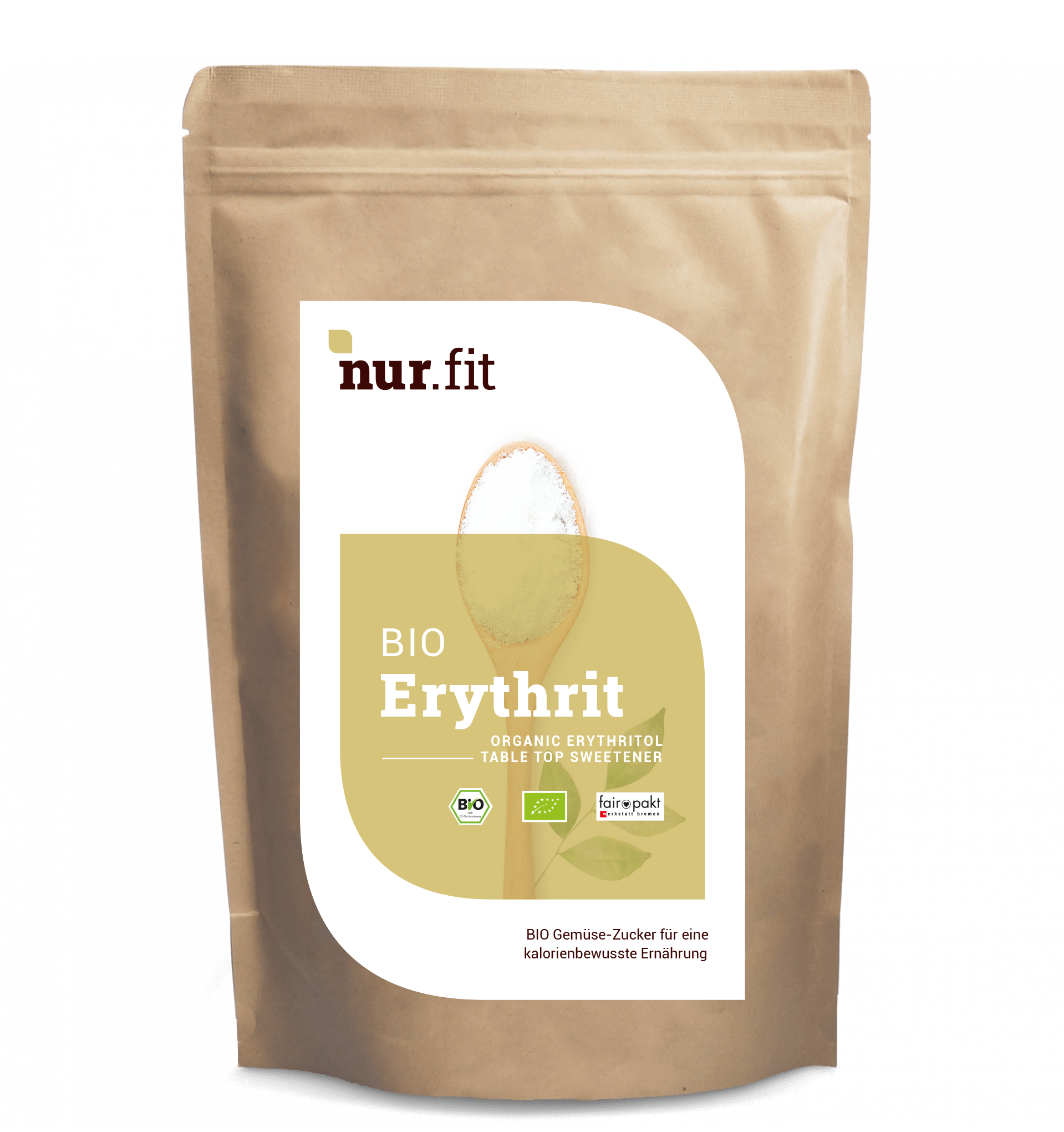 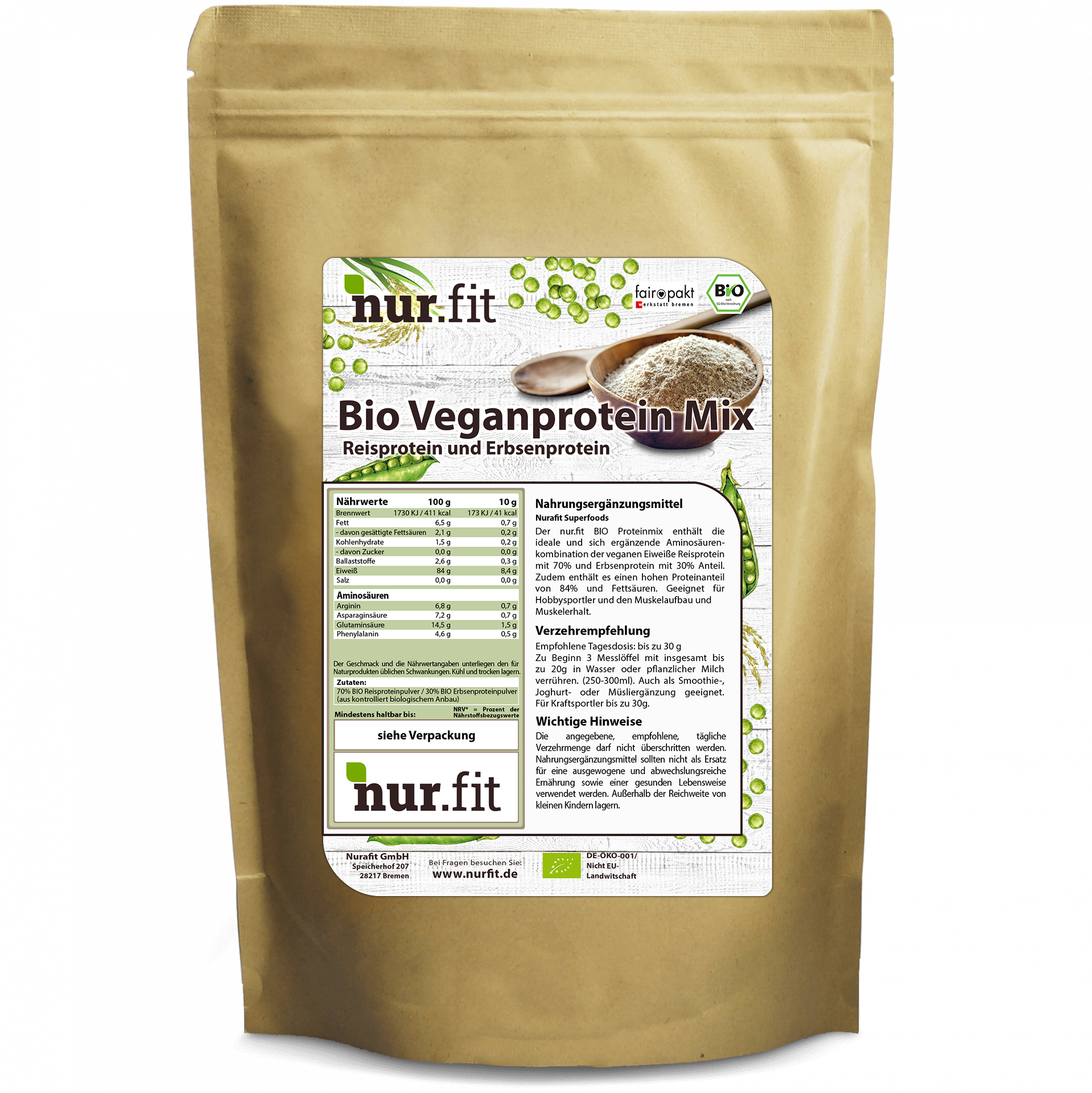 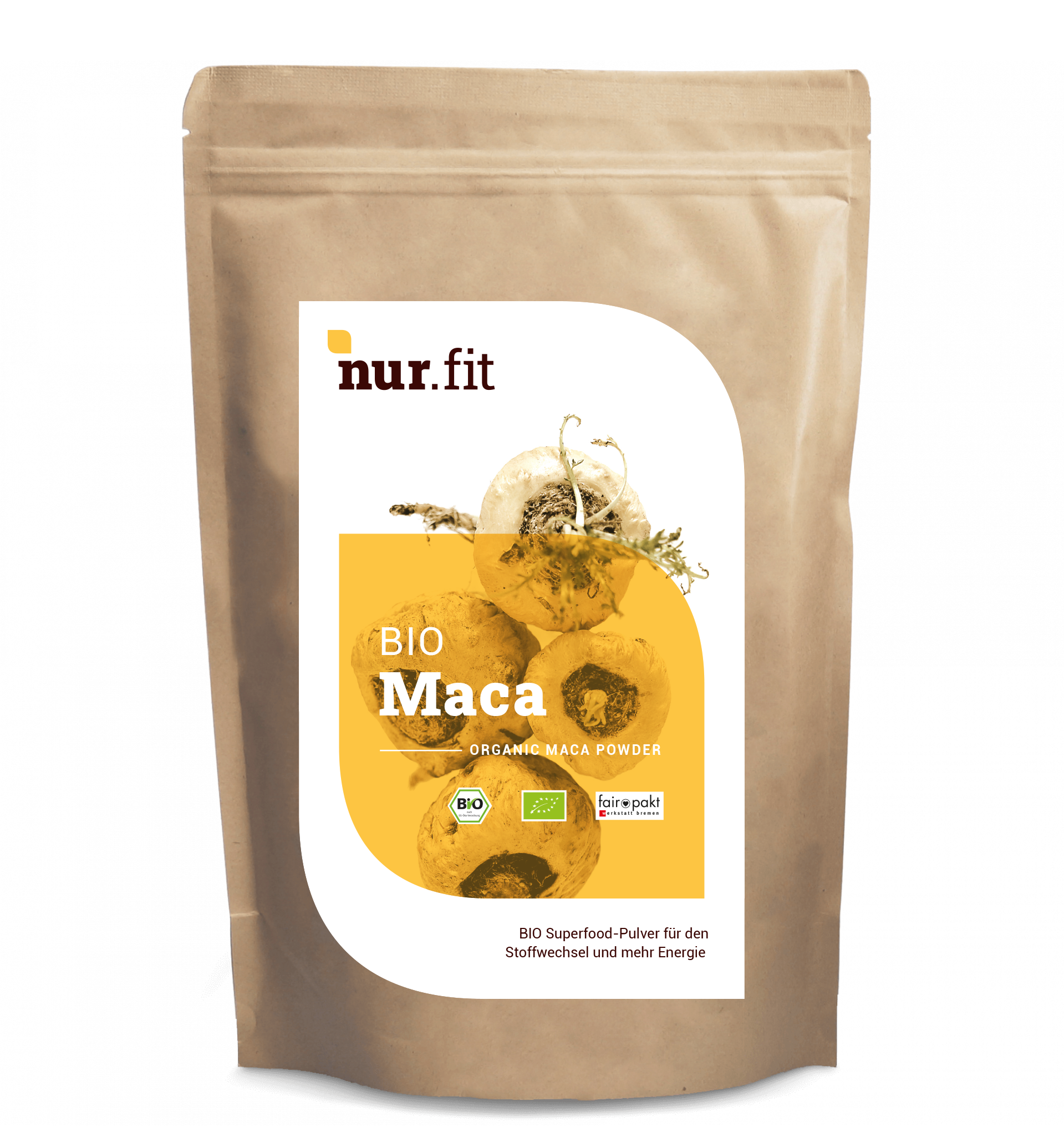 QUICK AND EASY TO PREPARE

We use cookies. Some of them are technically necessary (for example for the shopping cart), others help us improve our website and to offer you a better user experience.

We use cookies. Some of them are technically necessary (for example for the shopping cart), others help us improve our website and to offer you a better user experience. Privacy